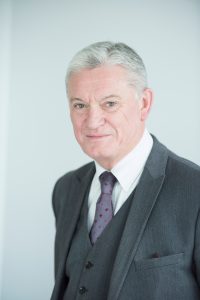 My practice focusses on public and private law cases involving children, including applications for removal from the jurisdiction, acting for parents, extended family members and Children’s Guardians. Before being called to the Bar in 2012 I had been a member of the Law Society’s Children Panel since 1995.

My clients find that my previous experience as a solicitor makes me highly aware of their needs and concerns, as I have first-hand experience of the amount of preparation involved in bringing a case, and I am familiar with the challenge of sometimes having to give them advice that goes contrary to what they were hoping to hear.

As a solicitor, I initially specialised in Crime, acting as a Prosecutor for the Police (pre CPS) and then as a Defence solicitor, whilst at the same time acting for parents and extended family members on all aspects of family work relating to children. After the introduction of the Children Act I became more involved acting for parents in care proceedings, developing a reputation for conducting most of my own advocacy, and conducting lengthy contested final hearings in the County Court.

I now regularly represent parents, children and extended family members in children-related family matters in the local Magistrates, County and High Courts, and am also keen to further develop his practice in the Court of Protection.

My experience in care proceedings includes cases involving alcohol and drug misuse, chronic neglect, non-accidental injuries, complex medical issues and allegations of sexual abuse. I have a particular interest in supporting through the court process young and vulnerable people, and those with problems relating to alcohol/substance misuse or with learning difficulties/mental health.

With five grandchildren of my own, I am also keen to work with grandparents and other extended family members who are anxious to either be able to see or to look after their grandchildren or other relatives.

I regularly represent parents and extended family members in children-related family matters in the local Magistrates and County Courts.

My extensive experience in all aspects of private law children matters covers applications for child arrangement orders (previously residence/contact) parental responsibility, specific issue and prohibited steps orders, and I focus on achieving long-term arrangements that are in the child’s best interests.

I have a particular interest in representing grandparents and other extended family members who are anxious to either be able to see or look after their grandchildren or other relatives, as well as in cases involving removal from the jurisdiction.

I have worked with several clients whose mental health issues made it difficult to sustain a relationship with their previous counsel, and pride myself on being able to build an effective rapport in order to support them through the court process. 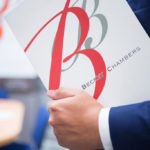 Michael acted for the Special Guardians under Direct Access in a complex case which ran for nearly five years and involved CAO, contact and an application to discharge SGO. Breach of PSO was made by the court of its own motion during course of the proceedings. Application for order under section 91(14) CA. A Special … Continue reading →

“We have been having Mike Batt on direct access acting for us in private law proceedings.  Mr Batt has been very professional in all his work in acting for us. Mr Batt has acted for us before in child proceeding’s and he knew the case, so for us we wanted him to see the case through. We would like to take this chance to also Thank Mike Batt for all his hard work and seeing this through to the end and hopefully put closure to it. We would highly recommend him to anyone in the same situation and would certainly use him again if the need arose.

Thank you once again.”